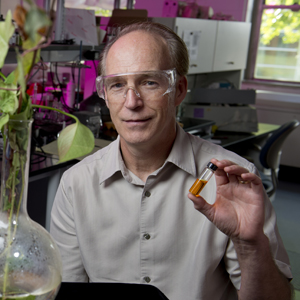 CCB Professor Charles Dismukes is one of ten Rutgers professors, 381 worldwide, to be named as a American Association for the Advancement of Science (AAAS).

Dr. Dismukes is a distinguished professor in the Department of Chemistry and Chemical Biology and principal investigator at Waksman, as well as a member of the executive committee of the Institute for Advanced Materials and Device Nanotechnology (IAMDN) and the graduate training faculty in microbiology and biochemistry. His research focuses on biological and chemical methods for renewable solar-based fuel production, catalysis, photosynthesis, metals in biological systems and tools for investigating these systems.

The association cited Dismukes for “distinguished contributions to our understanding of natural and artificial photosynthesis, particularly catalysis of water splitting and its translation to device applications.” Read the full article on Rutgers Today.