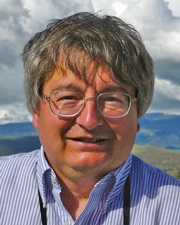 CCB Professor Richard H. Ebright has been elected to the prestigious American Academy of Arts and Sciences.

The 213 new members of the academy, founded in 1780, include some of the world’s most accomplished scholars, scientists, writers, artists and     civic, business and philanthropic leaders. Members of the 2016 class include winners of the Pulitzer Prize and the Wolf Prize, MacArthur and Guggenheim Fellowships, the Fields Medal, the Grammy Award and the National Book Award.

The full article on this outstanding accomplishment is available on Rutgers Today.