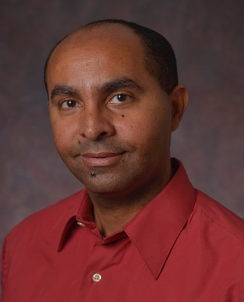 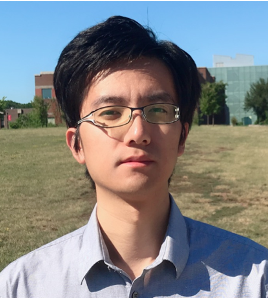 Dr. Tao ZhangWhile the exact mechanisms are still unclear and under ongoing study, the "blinking" behavior is believed to originate from a quantum confinement of single electrons trapped on isolated 10 nm-size TiO2 nanoparticles. At room temperature, electrons stay trapped on the nanoparticles for tens of seconds before being lost and then re-trapped again in a continued cycle. Similar blinking phenomena have been reported in quantum dots (QDs) in other semiconductor materials, although electron lifetimes were orders of shorter magnitude than in this case. While such blinking behavior is regarded as undesirable and deleterious in fluorescence QD applications, in the case of Asefa's and collaborators’ nanomaterials, they might be advantageous in catalysis applications. The blinking has a signature of long-lived and shallow charge traps that can potentially be exploited in photocatalysis and electrocatalysis, as demonstrated by the group in CO2 reduction reaction. These long-lived charge traps (polarons) may also potentially be used as spin qubits in quantum computing QD applications as well.

To produce these "blinking" nanosized TiO2 particles, the researchers developed a new synthetic procedure that allowed: (i) an accurate control of size of nanoparticles at nanoscale, (ii) kept the nanoparticles isolated from each other forming a large surface mesoporous network, and (iii) preserved their catalytically-active anatase phase, even after treatment at over 900 C, without transforming into thermodynamically more stable rutile phase.