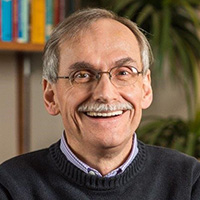 He began his career as a faculty member in the Department of Chemistry at the University of Texas at Arlington, moved to General Electric Plastics in New York in 1989, and accepted a position with Exxon Chemicals in 1991 at the Linden Technology Center in New Jersey. In Linden, Tim began developing his expertise in isobutylene polymerization, an expertise for which is widely known. He spent a majority of his nine years in the Chemicals Company working in the research labs in Baytown, Texas before transferring to CSR in 2000.

He has also lead and worked on teams in diverse areas such as metallocenes, linear alpha olefins, polymer/ceramic pervaporative membranes, polyolefin structure-properties, and supply chain optimization. He has been involved with and invented technologies which have been commercialized and are continuing to deliver value to ExxonMobil’s Chemical Company.

Tim is an author of 31 peer reviewed journal articles, a co-edited a book, an inventor on 54 US patents, and is a recipient of a Thomas Alva Edison Patent Award, several EMCC Global Technology Awards, multiple EMRE technology awards and the EMCC Chief’s Award.