The Zhou Family Fellowship was established in 2019 through a generous gift by alumni, Quan Zhou and Xiaohua Zhang. Zhou received his Ph.D. in Fiber Optics from Rutgers University in 1989, working under Profs. Eric Garfunkel and George Segal. Zhang also received her Ph.D. from Rutgers University in 1989, working under Prof. Joseph Potenza.

The intent of the Zhou Family Fellowship is to support top tier students actively participating in research. It is, therefore, limited to third/fourth year Ph.D. students with a minimum GPA of 3.5, who have completed coursework and successfully joined a lab. There can be up to two fellowships awarded each year with the possibility for renewal, provided that the student maintains eligibility. 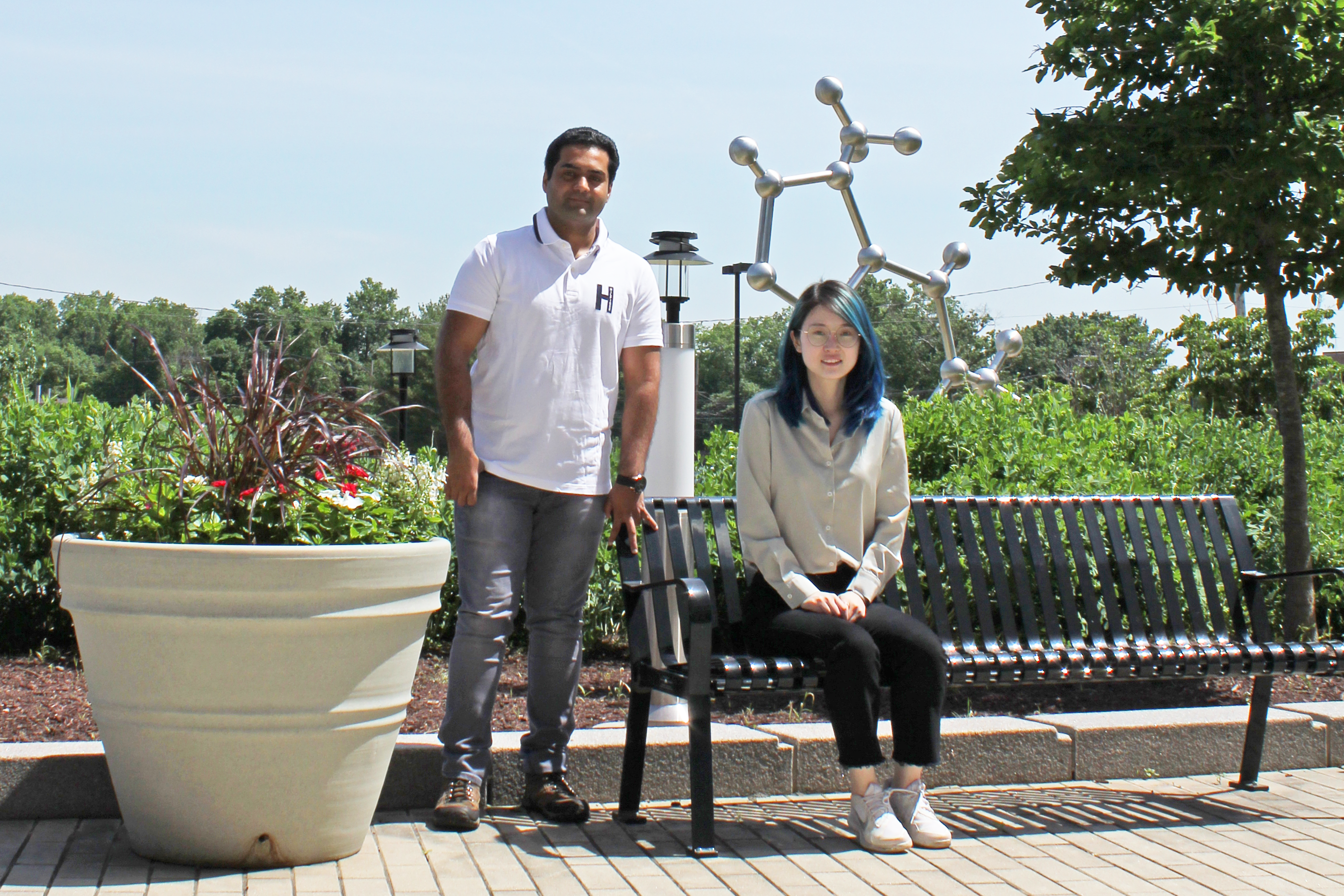 Atul Thakur (left), of the Remsing Lab, earned his bachelor's and master’s degree from the Indian Institute of Science Education and Research (IISER), Pune with a focus on chemistry and physics. His master’s research with Dr. Arnab Mukherjee exploring chemical dynamics of biomolecular folding sparked his interest in an interdisciplinary research setting of chemical physics. Atul was a DST Inspire fellow during his time at IISER Pune and has recently gone on to win a new investigator travel award through the American Physical Society (APS).

Atul is currently a third-year doctoral candidate working under the guidance of Prof. Richard Remsing where his research focuses on prebiotic chemistry on Saturn’s moon, Titan. Eventually, he hopes to use his knowledge to tackle problems that are at the forefront of our understanding of the solar system we live in. In his spare time, Atul either hangs out with his actual friends or binge-watches Friends on a loop.

Huan Wang (right), of the Shi Lab, earned her B.S. from Central South University in China, majoring in Polymer Science. She did her research with Dr. Guichao Kuang and got her projects published in JSSC, Macromolecules, etc. During her undergraduate studies, she won the Outstanding Student Scholarship 3 times, and was the director of the National College Student Innovation Training Program. In her spare time, she enjoys playing tennis.

Now Huan works under the supervision of Dr. Zheng Shi, where her research focuses on the material properties of biomolecular condensates. She just won the Reid Award and shared a talk at Biophysical Society Annual Meeting.

This email address is being protected from spambots. You need JavaScript enabled to view it.